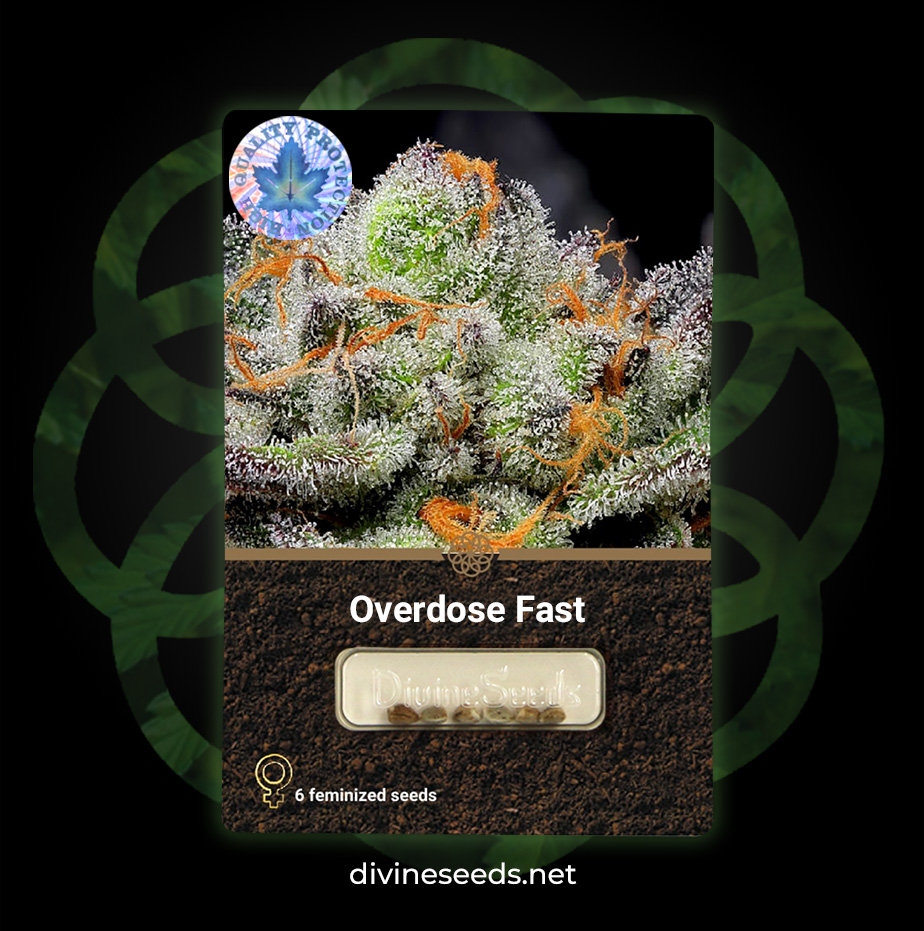 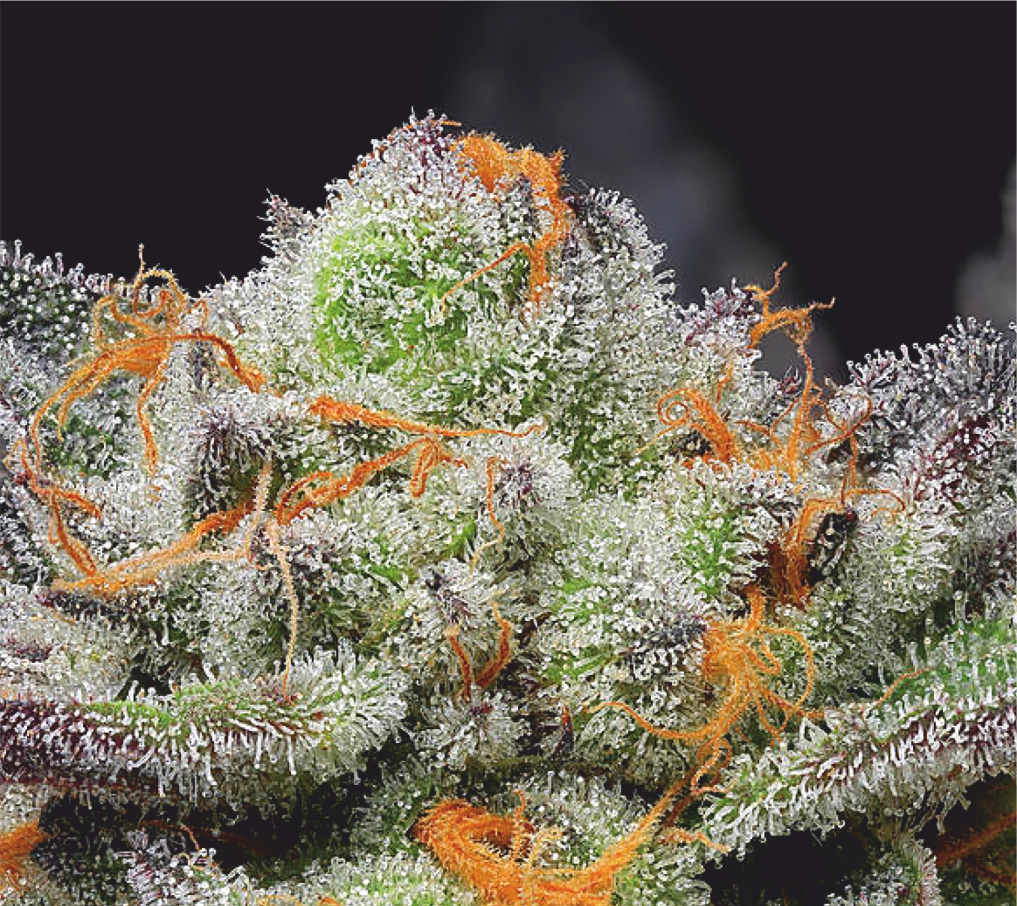 One of our most special hybrid strains, Overdose Fast, unites a combination of qualities seldom found in one variety: resin profusion and abundant yielding come along with a reduced ripening period – the primary objective of creating a fast version, but not its only superpower. A true masterpiece of canna-breeding, Overdose is originally a juicy Afghani-Colombian leaning Indica (80-85%) with exclusive genetic parentage, looking literally like an outburst of bud: brightly colored, massive, with a poisonous scent of musk, pine, wet earth, wood and sandal. To shorten its flowering time, we chose those samples that finished the fastest, crossed them together in different combinations and compared the results. Out of 16 new hybrids, the mother and father with shortest life periods (also best parameters) were bred together. The outcome went through a scrupulous refining process before we named it Overdose Fast Feminised.

Simplicity in handling, strong health, stability – Overdose Fast cannabis can be regarded as a sturdy mistake-proof variety like AK-47 or White Widow, but 1,5x as potent and productive. With thick firm branches and stems, moderate yet well-developed foliage, with a great immunity against pests this marijuana shines through vegetative stage! Once the bushes approach blooming, their mixed parentage becomes obvious: Sativa influence showed itself in a darker shade of green as well as narrower leaves with sharp tips, while the broad “athletic” structure of every plant spoke clearly about dominance of Indica. So did the thick layer of thrichomes that covered blooming bushes with resin – in this way cannabis protects itself against sun radiation in the mountains of Afghanistan. Pungent odor, mostly musk and tropical fruit. 2-3 weeks before harvest time, some leaves get yellowish and orange hues. Hairy, fluffy and contrast-haired, Overdose Fast was a treat to the eye, ripe for harvesting in late August.

Despite the name, Overdose Fast bud will normally slow you down in every aspect: motion, thinking, speech. However, communication isn’t actually restrained due to 15-20% Sativa genes – in fact, in a quiet surrounding conversation can go a long way when warmed up with these terpenes and cannabinoids. Smaller portions can even be applied as a mild aphrodisiac agent. Medical usage includes treating nausea / appetite loss, insomnia, cramps / seizures / spasms,  muscular hypertonus, epilepsy. The effects on human mind may or may not be dizziness, changes in perception of colors, shapes, sounds and time course, sometimes mixing senses between one another – visual thinking or hearing (synesthesia) or even smelling. Utmostly potent, this marijuana gives every user a very individual experience that lasts for 2-3 hours with a noticeable aftertrace following (about an hour).