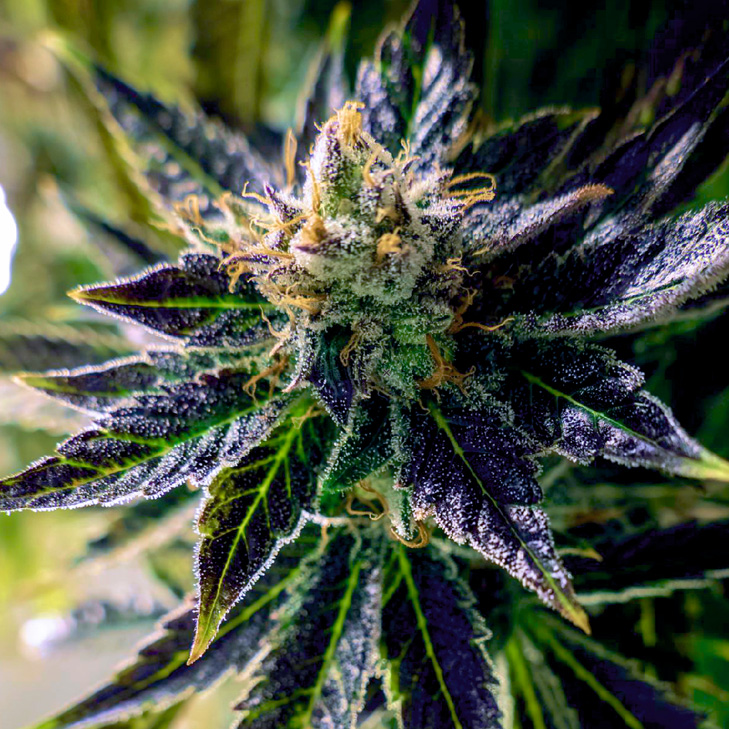 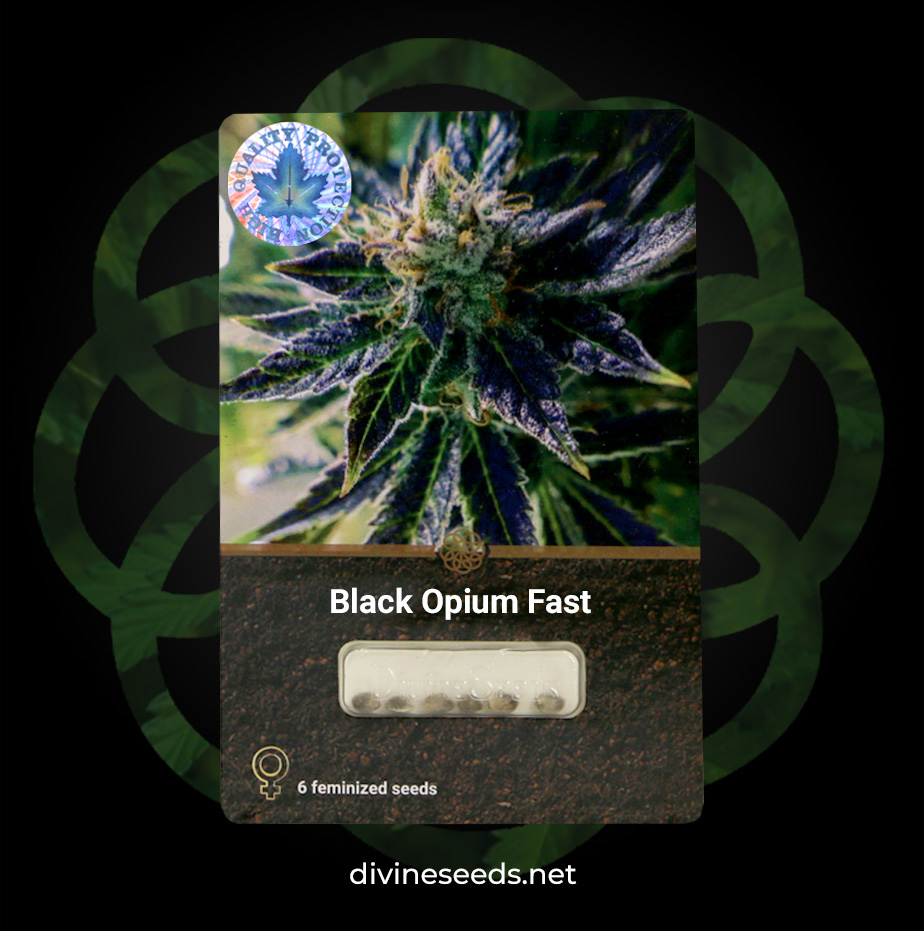 Black Opium Fast is a shortcut to impressive results! Technically speaking, cannabis potency and productivity have always been proportional to its life period. This strain is based on our Opium genetics enriched with a violet high-THC Colombian Sativa – a landrace variety that we chose carefully so the progeny could also boast huge yields and overwhelming impact (apart from attractive colors). Its long flowering phase inspired us to design a fast version preserving the original advantages of Opium family. Basically, the day-neutral Black Opium was repeatedly back-crossed with its parents, until several new short-day batches appeared. By means of selection we’ve managed to reduce its blooming period. Now it may sound easy, but in fact the creation process took studies, calculations and numerous experiments.

As a result, Black Opium Fast seeds produce stable, healthy and life-resistant plants with mixed-type genotypic features. A leaning Indica, this marijuana is keen on getting as branchy as possible when under training. Same thing about resin production – strewn with superactive trichomes, its hashy colas smell hard enough to make you dizzy. Not especially noticeable from leaf shape, Sativa influence becomes clear further into blooming: floral growth looks more delicate (often compared to roses) than on a merely oriental bush. While breeding Black Opium Fast, we followed a strategy to preserve its ancestors’ adaptive skills. That’s how it can sustain heat or temperature shifts and also protect itself against insect parasites, molds/rot. Any type of training fits, although smaller samples certainly shouldn’t be traumatized with such stress as cloning (or SoG). Harvest time for outdoor plantations is late September.

Dried buds are extremely fragrant and plump, resembling bullets: it takes about 2-3 minutes to realize how true this comparison is. Once the berry aftertaste wears out, users feel the tension leave every muscle in their bodies, senses and thinking muffled, time getting slower until it stops. Brightened with Colombian landrace genes, Black Opium Fast gives you sensations way beyond “just being relaxed”, tuning your mind into a contemplative state (similar to meditation) that people can actually use to concentrate. In terms of therapy, this weed helps eliminate nausea or insomnia as well as muscle spasms, seizures and cramps. Its pain-killing and anti-inflammatory properties are of use for combating arthritis and other chronic pains. Expect about 2 hours of altered state, followed with 40 minutes’ aftertrace.