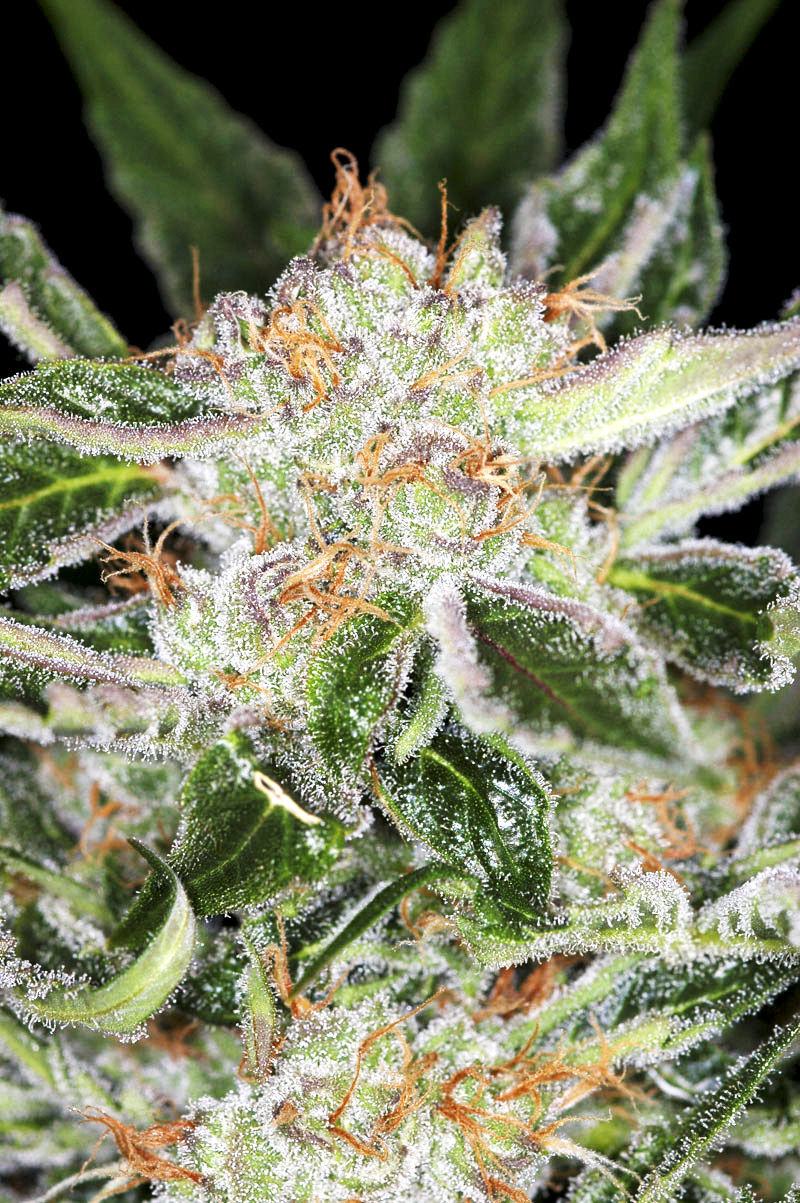 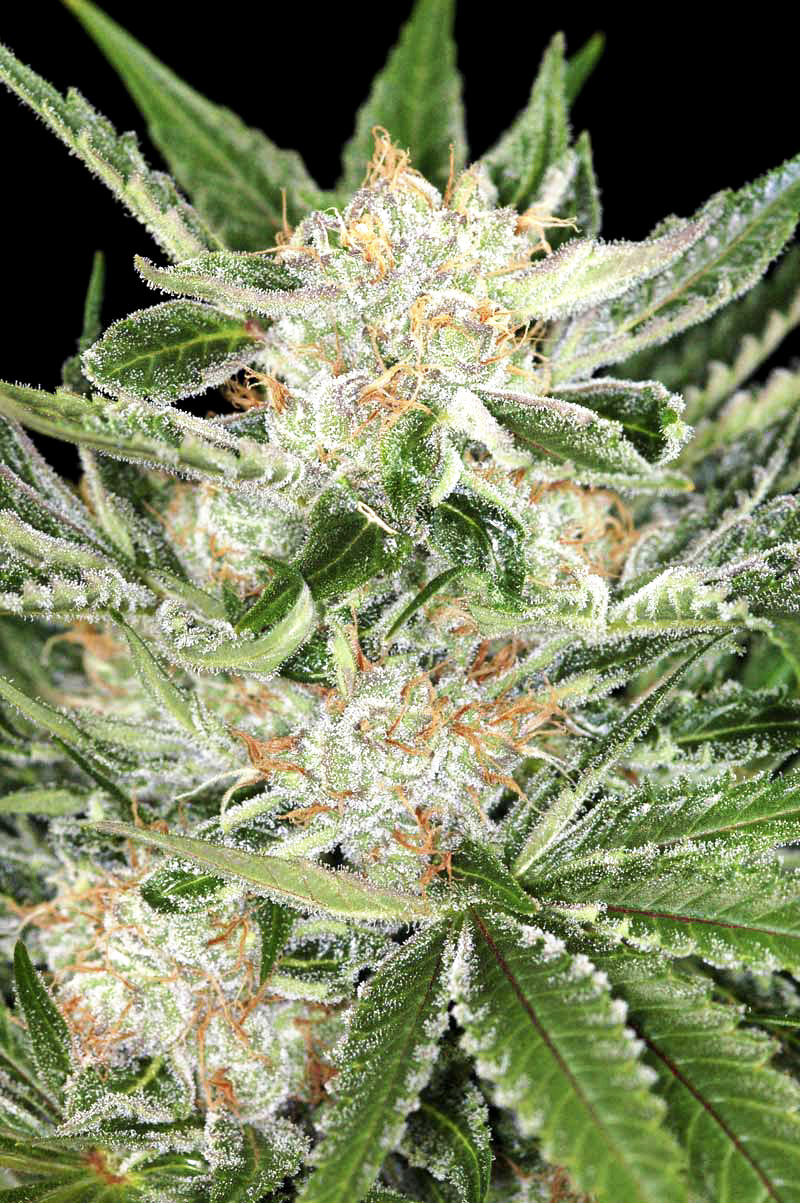 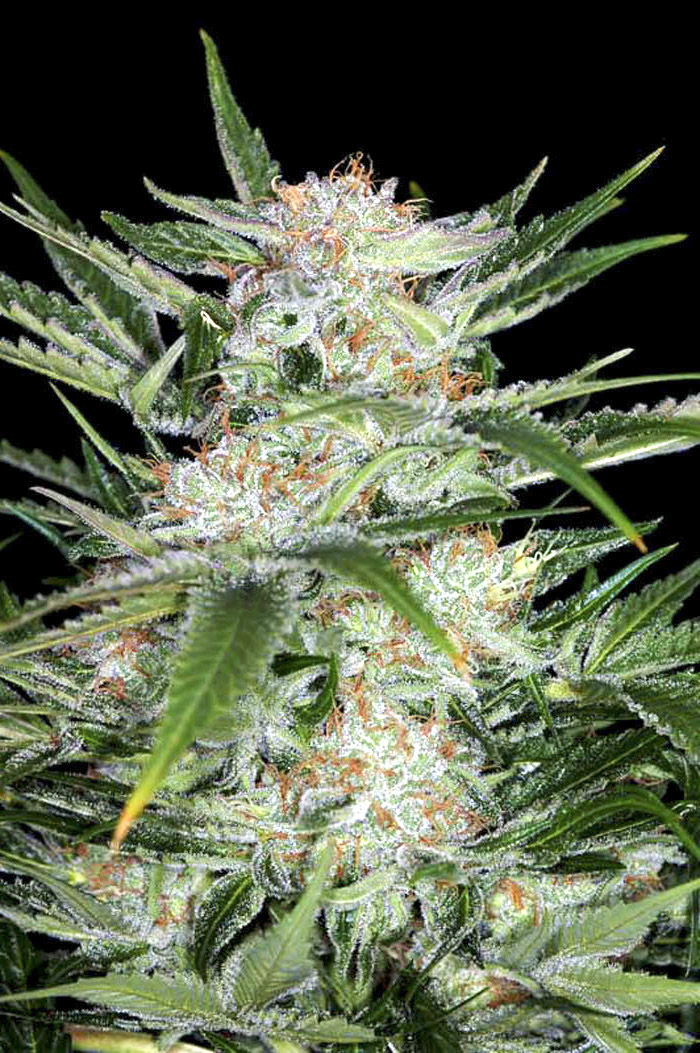 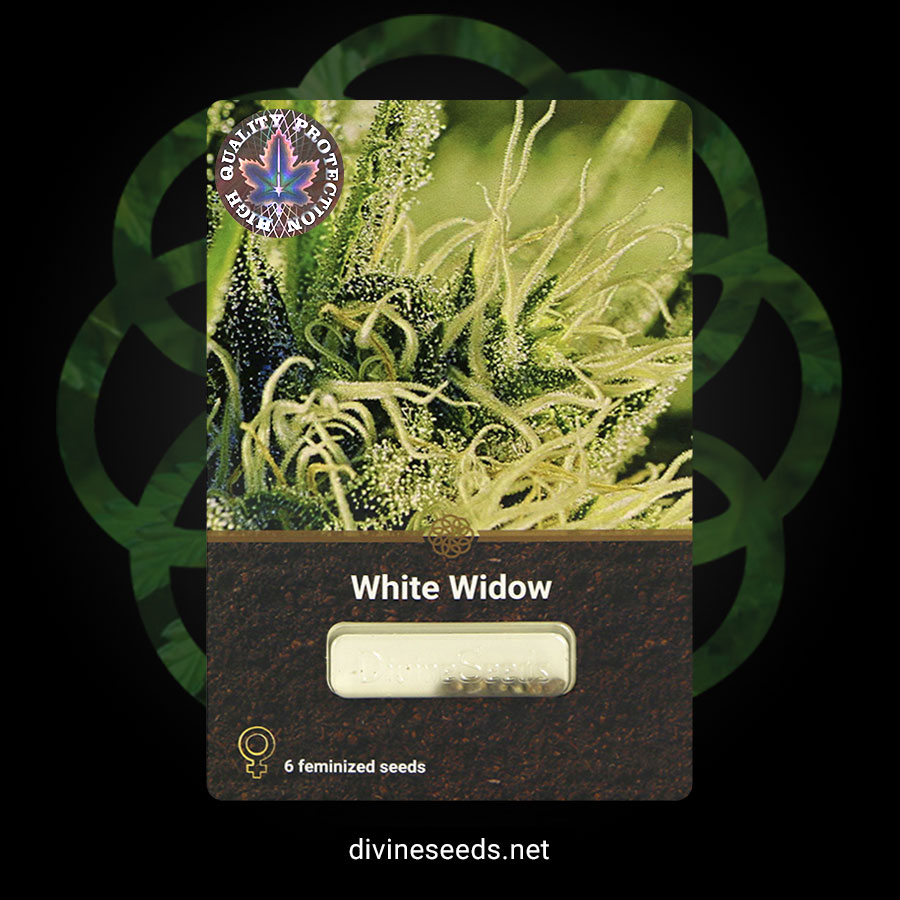 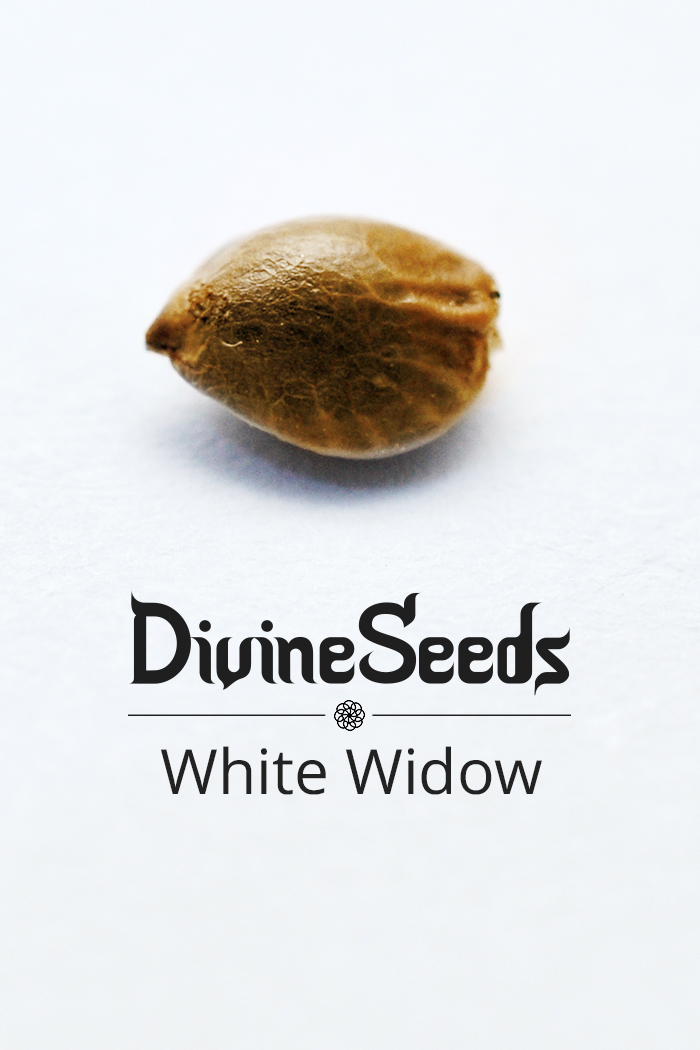 This classical hybrid has been popular ever since its creation in 1990s. Divine Seeds left White Widow genotype unchanged: the same scent reminding of ammonia, pine and earth is neatly combined with a fantastic resin production (under proper cultivation conditions). Genetically, White Widow by Divine Seeds is a cross between Brazilian Sativa and Southern Indian Indica. There is probably no marijuana strain more popular in Amsterdam than White Widow with its uplifting cerebral high powers!

Renowned for its resistibility and vigour, White Widow is often recommended to less experienced growers. The key to productive White Widow growing is letting plants develop strong root systems and thick stems. Intensive light and thoughtful training normally result in 400-500 g per plant! Due to Sativa genes, White Widow takes 10 weeks to finish flowering and has exotic features in its appearance: conically shaped buds with fruity hints in their stench, long leaves, an overall triangular structure.

White Widow tripping is euphoric and rather unusual, accompanied with slight changes in perception of color, sound and shape. Most users describe it as an aphrodisiac that turns every creative energy in your brain to the highest tune. Medical usage of White Widow can be prescribed against depression and bipolar syndrome as well as Alzheimer’s disease, ADD. The effects last for 1.5 – 2 hours. Probably best weed for partying and/or wake-and-bake experiences.