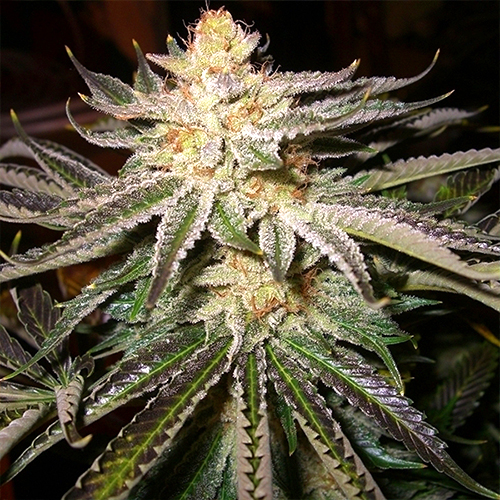 Northern Lights is a well-known Afghani-Thai Indica that is a parent of scores of new cannabis strains that profited from Northern Lights’ genetics.

This strain is sturdy, non-demanding and welcoming for beginner growers. However, its ease does not mean less potency: some samples of Northern Lights buds were found to contain 33% THC! Originating from the Netherlands, Northern Lights became and still is among top medical and recreational strains. Divine Seeds present their Northern Lights phenotype that produces medium height and taller plants with a traditional orange (sometimes compared to juniper) hue to its scent and overwhelming stoning powers.

Northern Lights is often chosen for indoor growing, soil and non-soil (partly because it is less smelly than most marijuana), but it flourishes and yields more when grown out of doors. Resistant to molds. Outdoor harvesting time for Northern Lights cannabis is late September.

This cannabis can be medically prescribed for combating insomnia, epilepsy, fatigue and irritation, appetite disorders, nausea, Alzheimer’s and Parkinson’s disease. Its impact is mellow and feels happy, perfect for a quite evening with one’s thoughts or closest people. More appropriate for evening use.